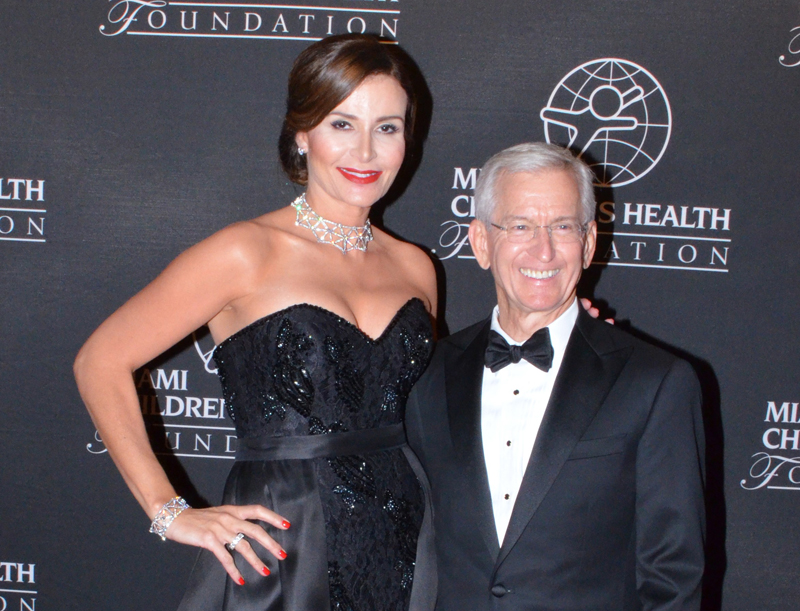 Global music superstar, Armando Christian Pérez “Pitbull”, was recognized for his contribution to the community and his continued support to Nicklaus Children’s Hospital as celebrity Ambassador to Together For The Children, The Campaign for Miami Children’s. Armando was inducted into the Ambassador David M. Walters International Pediatric Hall of Fame for exemplifying his passion for helping children throughout the world. “Being honored in my hometown for supporting the children and families at Nicklaus Children’s Hospital means the world to me,” Pérez said. “This is a tremendous honor. It’s an amazing feeling to have the opportunity to make a difference in our community, and most importantly in the lives of children everywhere”. The evening also included an emotional testimonial by Amanda, a Nicklaus Children’s patient who survived a traumatic head injury. Amanda addressed the audience inspiring everyone to come Together For The Children in support of the hospital that saved her life. Television host and best-selling author, Alejandro Chabán served as emcee of the glamorous affair, which also featured a silent auction.

VIP guests had exclusive access to the Bvlgari Privée sponsored by Kaufman Rossin, which transported attendees to the Casino de Monte-Carlo, where they enjoyed a unique showcase of Bvlgari jewelry pieces. Diamond Ball chair, the glamorous Eilah Campbell Beavers, wore a one-of-a-kind Bulgari diamond necklace from the Fireworks Collection once worn by Naomi Watts. We think Eilah wore it better.