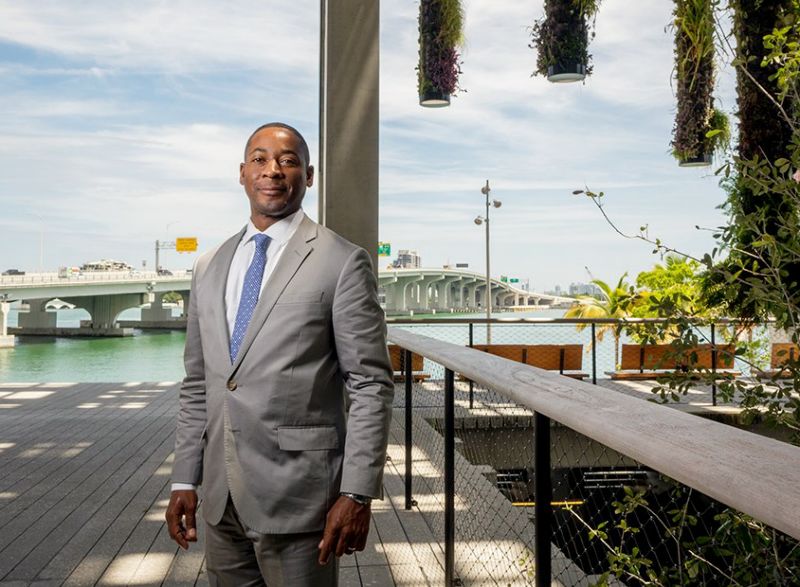 Spectacular news for Miami. The Board of Trustees of the Pérez Art Museum Miami (PAMM) announced the appointment of Franklin Sirmans as the museum’s director. Sirmans comes to PAMM from Los Angeles County Museum of Art (LACMA) where he has served as department head and curator of contemporary art. He was the Artistic Director of the 2014 Prospect New Orleans biennial exhibition, P3: Notes for Now.

As a curator, writer and editor, Sirmans has established himself as one of the leading voices in contemporary art. At LACMA, he curated Noah Purifoy: Junk Dada, as well as Fútbol: The Beautiful Game and oversaw major retrospectives by Glenn Ligon and Blinky Palermo. Previously, he organized exhibitions that originated at the Menil Collection such as Vija Celmins: Television and Disaster, 1964-1966 and Maurizio Cattelan: Is There Life Before Death? and NeoHooDoo: Art for a Forgotten Faith, which traveled to MoMA PS1 and the Miami Art Museum.

He is the former U.S. Editor of Flash Art and Editor-in-Chief of ArtAsiaPacific, and he has written and edited numerous artist and exhibition catalogues. Sirmans’ appointment follows an international search led by PAMM trustee Dennis Scholl, collector and former vice president/arts for the John S. and James L. Knight Foundation. According to Scholl, “We couldn’t be more excited to have Franklin at PAMM’s helm. He brings with him experience at numerous large institutions and has a proven track record for galvanizing communities. All of that makes him the ideal person to lead the key museum in a city now renowned as an arts destination and home to a vibrant mix of cultures and traditions.”

Aaron Podhurst, Chairman of the museum’s board, said, “Franklin has spearheaded notable exhibitions at major institutions across the country, and we look forward to having his creativity and unique vision at PAMM. We are also impressed by the leadership he brought to his role at Prospect New Orleans and the foresight he had in forming LACMA’s contemporary acquisitions committee, Contemporary Friends. The combination of these qualities make him an outstanding selection for the museum’s new director.”

Prospect.3: Notes for the Now presented the work of over 50 established and emerging contemporary artists in 18 venues across the city of New Orleans. Dedicated to the relationship between art and social progress, the biennial remained free and open to the public. Over its three month run, it attracted tens of thousands of visitors, and generated an estimated $5-10 million of economic activity for New Orleans. After visiting Prospect, former PAMM Director Thom Collins wrote in The Miami Rail that Sirmans is “one of the most talented curators of his generation.”

Said Sirmans, “I am so honored to be joining this exceptional museum and to lead this institution in its next phase at a pivotal time in the city’s growth full of tremendous opportunities for the museum and the city. I have long admired the museum’s history and was proud to have the NeoHooDoo exhibition presented amidst the program. My family shares my enthusiasm for the city. Miami possesses unparalleled diversity and energy, qualities which define contemporary art and PAMM’s mission. I’m thrilled to have the opportunity to work with the board, the outstanding curatorial staff, the world-class collection, and the stunning building itself. Thom Collins boldly led the museum through the exciting opening of the new building and shaped a mission that mirrors my own commitment to engagement and scholarship. I look forward to continuing—and expanding—the strong precedent he and his team set. I am also extremely grateful for the experiences and support that LACMA, under Michael Govan’s leadership, has provided.”

Prior to LACMA, Sirmans was curator of modern and contemporary art at the Menil Collection in Houston and before that a curatorial advisor at MoMA PS1 and a lecturer at Princeton University and Maryland Institute College of Art. Some of his notable projects include the exhibition Basquiat at the Brooklyn Museum (2005); Make it Now: New Sculpture in New York at SculptureCenter (2005) and One Planet Under A Groove: Contemporary Art and Hip Hop which traveled from the Bronx Museum of the Arts to the Walker Art Center, Spelman College Art Gallery in Atlanta and Villa Stuck, Munich (2001-2003). He is the 2007 recipient of the David C. Driskell Prize presented by the High Museum. Sirmans assumed his role as director of PAMM on October 15, 2015.

Sirmans assumes leadership of PAMM in a time of continued momentum following the successful opening of its new Herzog & de Meuron-designed building in December 2013. Since then, the museum has grown its membership base to over 9,000 member households. It has reached more than 70,000 students and children, with the largest art education program in Miami-Dade County, outside the school system, itself. PAMM recently announced more than $6 million in cash gifts, bringing its capital campaign to more than 90 percent of its goal, as well as significant new gifts to its permanent collection.