Home STYLE: Get Your Kate Middleton Hat Swagger On From Miami-based Shapoh.com

STYLE: Get Your Kate Middleton Hat Swagger On From Miami-based Shapoh.com 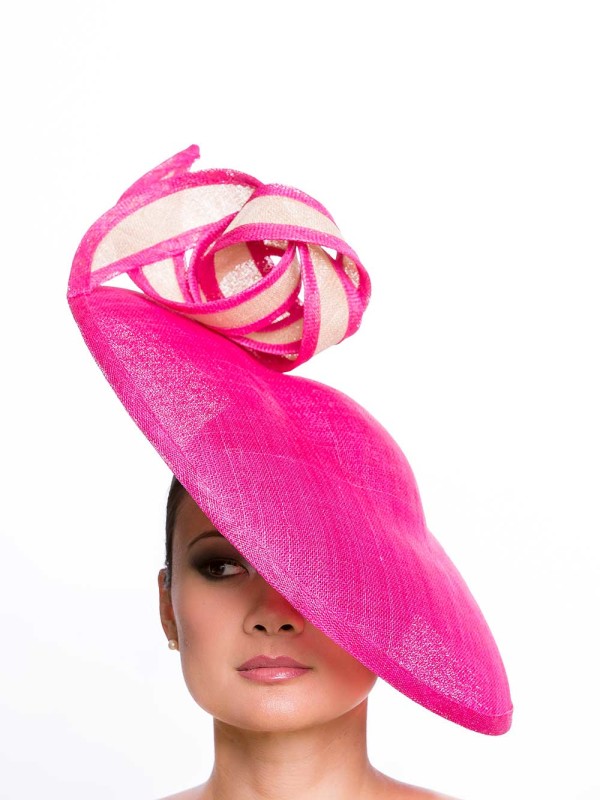 I have a life-long obsession with hats. But until online hat retailer Shapoh.com came along, finding a fabulous hat in Miami that wasn’t for the beach, was, err, challenging. Ok. Make that close to impossible. The first couple of years at the Vizcaya Preservation “Hat” Luncheon, the ladies wore perfectly lovely hats, but nothing that made a really bold, fashion splash. With only a handful of marginally-acceptable, generic choices in Miami department stores, the hat struggle was real. Our most daring socialistas realized they had to put more effort into play in preparation for the yearly hat  luncheon. This ranged from flying to a New York milliner for a custom hat, to hunting for the perfect chapeau throughout various European countries while on vacation. The fiery quest for more elaborate, unique headgear was further fueled by the divine Kate Middleton creating an impact on the global fashion stage. Many of the stylish Duchess of Cambridge’s appearances were punctuated by her spectacular fascinators or hats. We had to have them, but where to go? 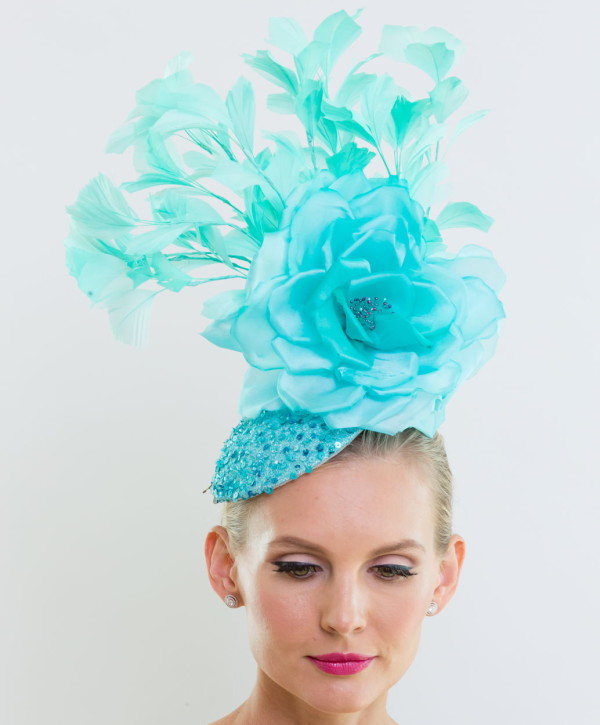 This is what inspired Suzy Buckley Woodward, to start her online company, Shapoh.com. Cleverly named with the phonetic pronunciation of the French word for hat, chapeau, Shapoh.com is a one-stop, online shop for high-end headpieces created by the world’s foremost milliners and talented, up-and-coming designers. Shapoh.com also creates custom hats for customers, working with milliners to coordinate with a special ensemble. The hats are available for immediate delivery.

Chicago native, Buckley Woodward, known for her immaculate fashion flair, curates the online shop’s collection of hats, fascinators, headbands and “hat-inators” from milliners based everywhere from Malaysia and Australia to Ireland and Germany. She was a sought-after writer for over 20 years. Her career began in 1998 at the iconic Ocean Drive magazine in Miami, eventually becoming Editor in Chief. She also contributed stories on fashion and beauty for top national publications like Town & Country, the New York Times, Lucky, Allure and Elite Traveler among many more and hosted TV shows all over the world on E!, the Food Network and Bravo. 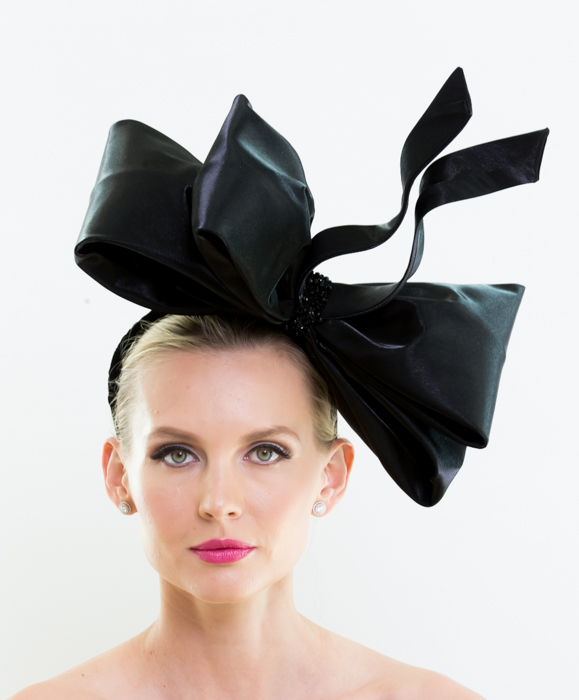 DAISY: When did you realize there was a need for an online hat company like Shapoh.com?

SBW: My first Kentucky Derby a few years ago. It was horrible from a fashion standpoint. I got bad advice from a veteran Kentucky Derby-goer: “Wear a hat, but not anything crazy. You don’t want to be that person.” But I totally wanted to be that person!! That was an absolute waste of a Derby because my hat was nothing special and because I couldn’t find anything remarkable in Miami. I remember looking forward to the subsequent year because I saw so much potential to be very creative and fashion-forward. And there was the yearly Vizcaya Preservation “Hat” Luncheon as well. 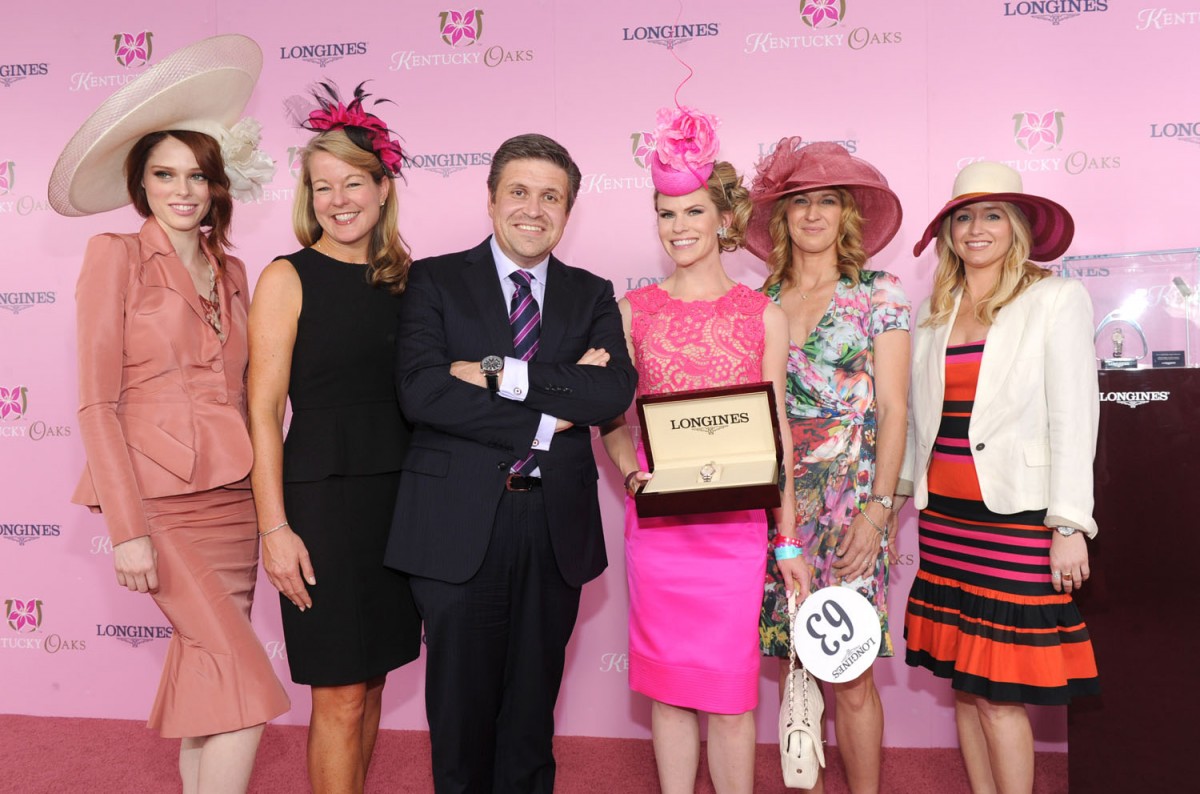 DAISY:  Your most harrowing hat hunt?

SBW: Planning for the Kentucky Derby in 2013, I went all the way to London to Philip Treacy’s store! I bought the hat the second day of my trip and realized the night before I was leaving that the hat box had disappeared from my hotel room. Who would steal a bright fuchsia hat with a squiggle on it!? It was very expensive, but it wasn’t diamonds. Hotel security guards watched video footage and it turned out that the hotel maid threw out the box by mistake thinking there was just tissue paper inside. She definitely didn’t steal it. The hotel replaced the Treacy hat and shipped it overnight to Miami in time for me to take it to the Kentucky Derby. Thank God they did, because I ended up winning the Kentucky Oaks Fashion Contest that year with that hat! The prize was a Longines diamond watch.

DAISY: Aside from the unique selection, what are other advantages of ordering from Shapoh.com, a company based in the U.S.?

SBW: Prices range from $75. to $1200. and we make it easy! For me, before, many times I ordered hats directly from milliners in Australia, Ireland and England. I did a lot of emailing and Pantone color code-sending! It always took about 6 to 12 weeks. I was acting way in advance because I knew what I was getting into. Great milliners are artists, and they really like to take their time plus the shipping from overseas and duties doesn’t help. For Shapoh.com I actually own all the pieces (I don’t drop-ship) so I can overnight a hat to anyone in the U.S. that needs it immediately especially for a fashion emergency! 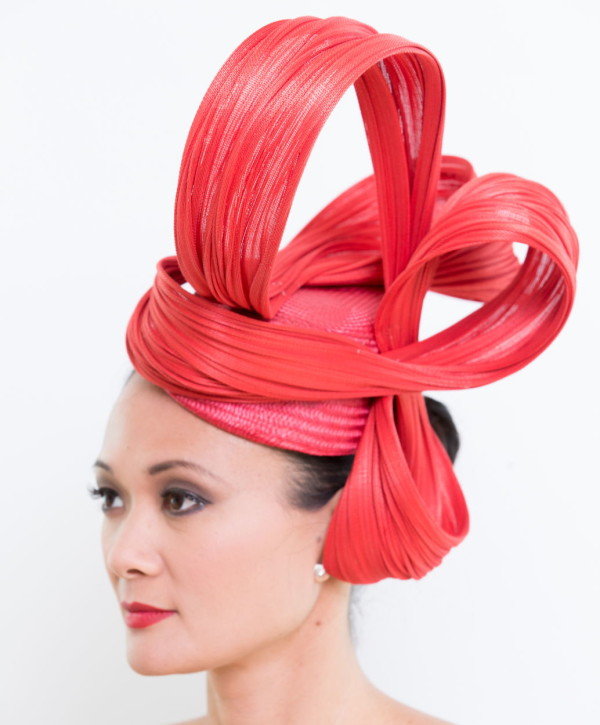 DAISY: How are you changing how American women react to hats?

SBW: If they aren’t used to wearing hats, many think they can’t wear one, that they don’t have the face shape for one or just simply don’t like them. But that’s because they’re thinking about the kinds of hats available in America at department stores. Or they’re stressed and desperate, shopping a few days before their event, aren’t in love with any hat they see and are annoyed they are spending between $500 and $2200 for a hat they don’t love that they’re going to wear once. Since I started Shapoh.com I’ve seen women realize they can look more Kate Middleton-esque rather than dowdy — a common American assumption — in a hat. In fact, you should never look older in a hat. Hats should make you look and feel taller, more confident, and turn a great outfit into a way more fabulous outfit! These definitely aren’t beach hats!

DAISY: How do you find these brilliant hat designers or milliners?

SBW: I’ve searched all over the world. Every country seems to have more milliners and hat boutiques than the U.S. But New Zealand and Australia do it like no others. They go there and it’s unbelievable. At the Victoria Racing club, the Fashions on the Field at Flemington event in Melbourne, Australia is taken so seriously it’s insane. It’s almost like Miss Universe, with the different states each bringing their winner to the country’s biggest hat competition. The grand prize winner with the best hat last year won $400,000 in cash and prizes!

DAISY: Give us some advice for women who fear hats. What’s an ‘entry level’ style that can ease them into becoming obsessed like we are?

SBW: Sometimes, even the most fashionable women don’t feel comfortable wearing a hat at first. So start with a smaller size fascinator, in one color they like with not too much going on. It’s easy, like wearing a headband but once they see how fantastic they look, and how much attention they get, they get more daring and soon you can’t get them to stop wearing hats! On my website I’ve also got a calendar of hat events around the world and that’s exciting and quite inspiring! And very important: I keep track of where the hats are purchased so no one else will have your hat in your city or your event!  Shapoh.com