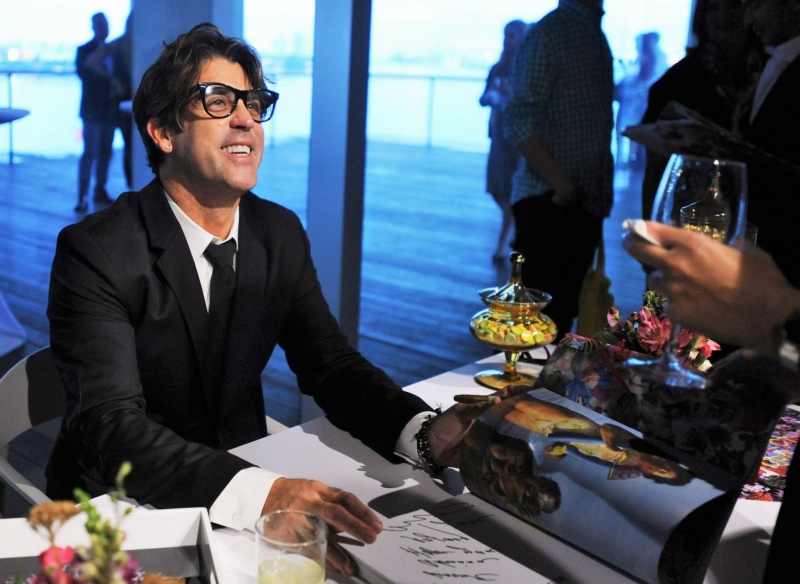 I was beyond excited to see a packed house of art lovers, collectors, socialites, business leaders and friends at Pérez Art Museum Miami (PAMM) to celebrate the release of PAMM collection artist, Carlos Betancourt’s gorgeous book, Imperfect Utopia, by prestigious publishing house, Skira/Rizzoli. It’s all about Betancourt’s roots, his creative process and soul with many photos of his complex, cheerful, colorful artwork. 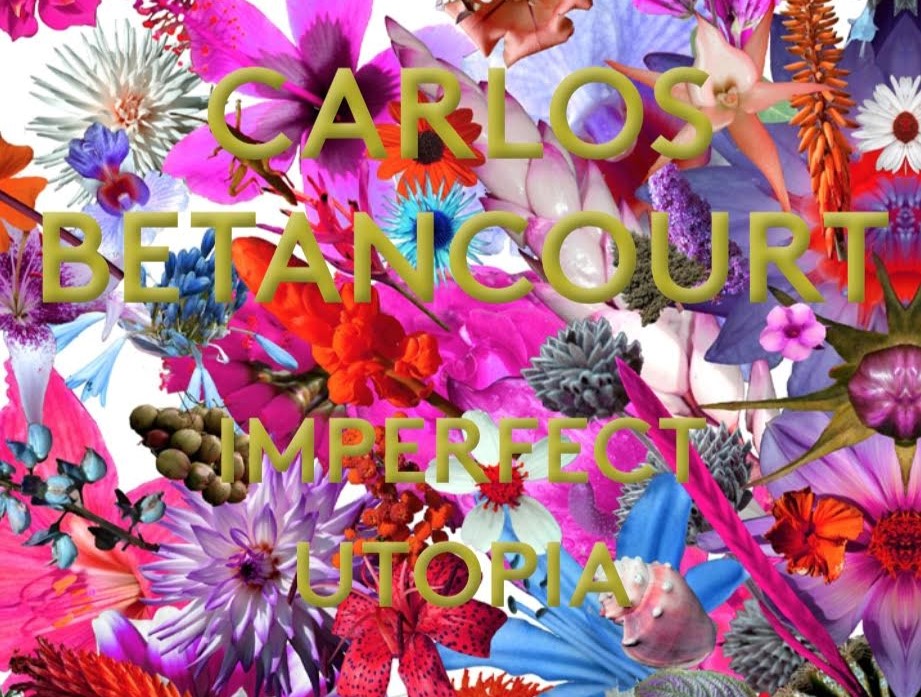 Betancourt, who — aside from being brilliantly talented — is simply one of the most adorable humans alive, was there to sign first edition copies, having just returned from San Juan, Puerto Rico where his exhibit Re-Collections was featured at the Museo de Arte Contemporaneo (MAC) of Puerto Rico. The solo exhibit was a retrospective of the last 15 years of his career — another major coup — and included some of Betancourt’s iconic artworks and site specific installations. Most of the pieces came from private collections and others came from museums.

But back to the book signing. Betancourt and his partner, architect Alberto Latorre, have an eclectic mix of friends from all walks of life and varying ages and so many were at the PAMM that night, in enthusiastic support of the much beloved Carlos and his book. (I think of Latorre as an art-chitect because he and Carlos have collaborated on several artworks and installations, also in the book).

The title, Imperfect Utopia, was the name of Betancourt’s art studio which helped shape the early art landscape of South Beach.The crowd included a number of very close friends, many of whom are pioneers from that 1980s South Beach scene, like promoter extraordinaire Louis Canales and PR queen Tara Solomon, who was known as the Queen of the Night in those exciting years before chain stores overtook Lincoln Road. She was wearing a top made from a silk scarf printed with one of Betancourt’s Re-Collections series (the artwork chosen for the book’s cover). Can’t get any more insider than that.

I’ve known Carlos and Alberto for many years. We met when I was writing the “Tropical Nights” society column and the “Profiles in Design” interior design column for the Miami Herald. Always authentically innovative and compelling, they naturally appeared in many of my columns. Oh yeah. And insanely fun. Back then, their foray into Wynwood was groundbreaking, before developers discovered that neighborhood, the artful duo had a home and studio there. It was the site of many a fabulous party with (to die for) homemade Puerto Rican food and dancing late into the night, with Carlos’ magical mom Teresita at the heart of it all.

To purchase the book, Imperfect Utopia, go to Amazon.com

Carlos Betancourt was born and raised in San Juan, Puerto Rico by Cuban parents. In 1981 he moved to Miami Beach, Florida. His artwork is part of public collections such as the Metropolitan Museum of Art in New York, the Smithsonian National Portrait Gallery in Washington, DC, the Miami Art Museum, the San Antonio Museum of Art in Texas, the Bass Museum in Miami Beach, Museum of Art Fort Lauderdale, Museo de Arte Ponce, the Centro Atlantico de Arte Moderno in the Canary Islands, the Museum of Latin American Art in California, the Museo de Arte Moderno in Santo Domingo, the Lowe Art Museum at the University of Miami and in the Pérez Art Museum Miami (PAMM)

Betancourt’s artwork has been included in multiple solo and group exhibits as well as art fairs such as Art Basel and Arco. He is the recipient of numerous awards and grants, including the Florida Department of State Millennium Cultural Recognition Award, a National Endowment for the Arts Grant, and the Miami Beach Arts Council Grant. He has been awarded commissions to create artworks for various Art in Public Places programs. He currently keeps a studio in Miami while traveling consistently, producing artworks from different countries.

Author Paul Laster is a writer, editor, independent curator, artist, and lecturer. Author Robert Farris Thompson is one of America’s most prominent scholars of African art and the Colonel John Trumbull Professor of the History of Art at Yale University, where he is one of the longest-serving alumni. Richard Blanco, who wrote the foreword to the book, is the 5th presidential inaugural poet of the United States. He has published three award-winning collections of poetry and two memoirs. Petra Mason is the book editor.